The Archaeology Gallery is the showcase for artefacts from the Romano-British town of Tripontium.  Tripontium meaning literally 'the place of three bridges' was located 5 miles from the centre of modern Rugby. Being strategically placed on the Roman road of Watling Street, Tripontium was initially a way station but later became a civilian settlement. It was inhabited for nearly 400 years before being abandoned in the late 4th century.

The town was then lost to history before being rediscovered by local historian and antiquarian Matthew Bloxam in 1836. It wasn't until 1962, however that a full excavation of the site began when Rugby Archaeological Society under the leadership of site director, Jack Lucas took up the challenge. Excavations were continued over a forty year period revealing a remarkable collection of artefacts, many of which can be seen on display in the gallery today.

Explore market stalls on a street in Tripontium and discover how the Romans lived and what they ate and wore. See for yourself some of the objects they left behind - such as jewellery, coins, pottery and ironwork. 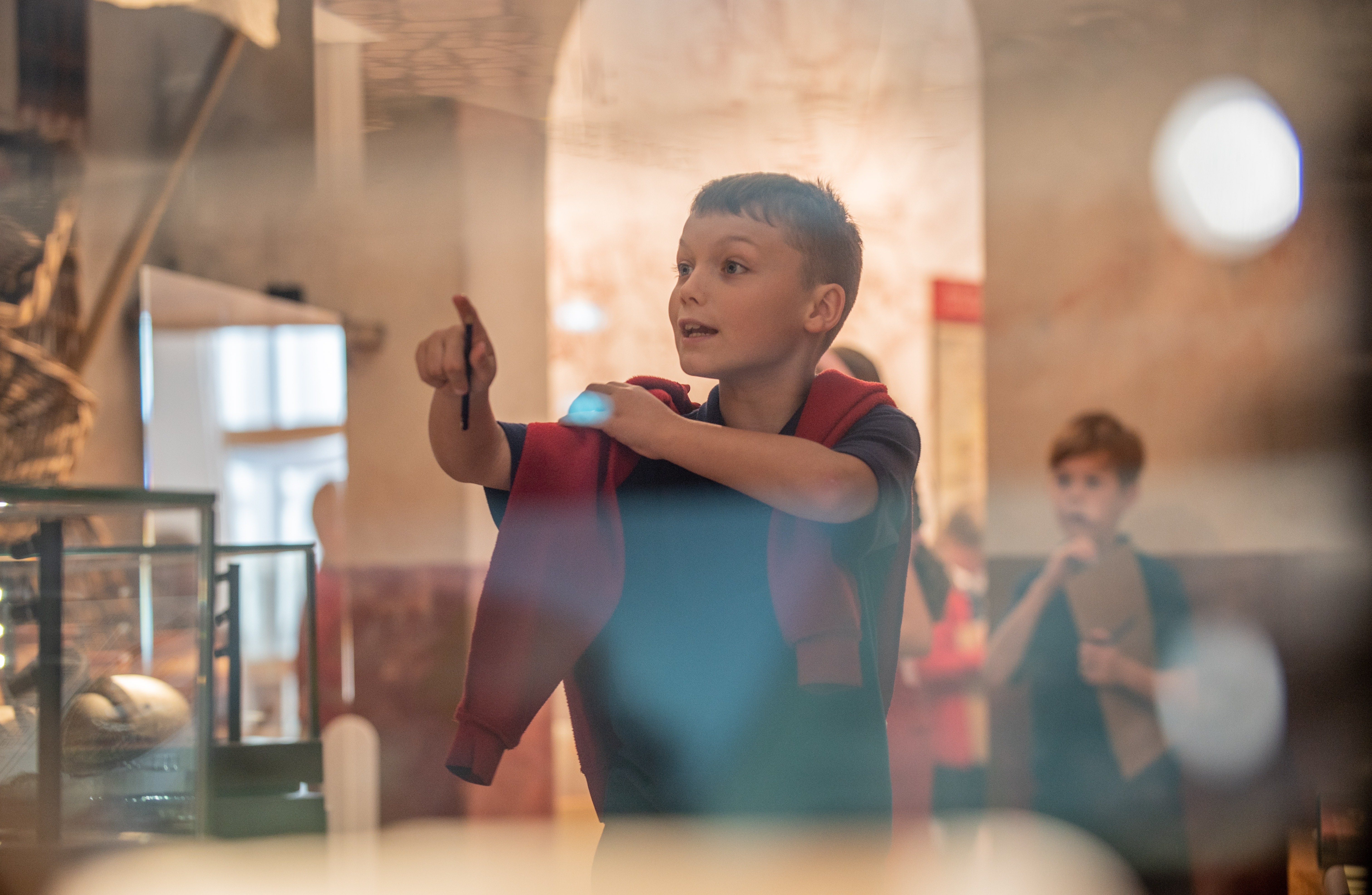 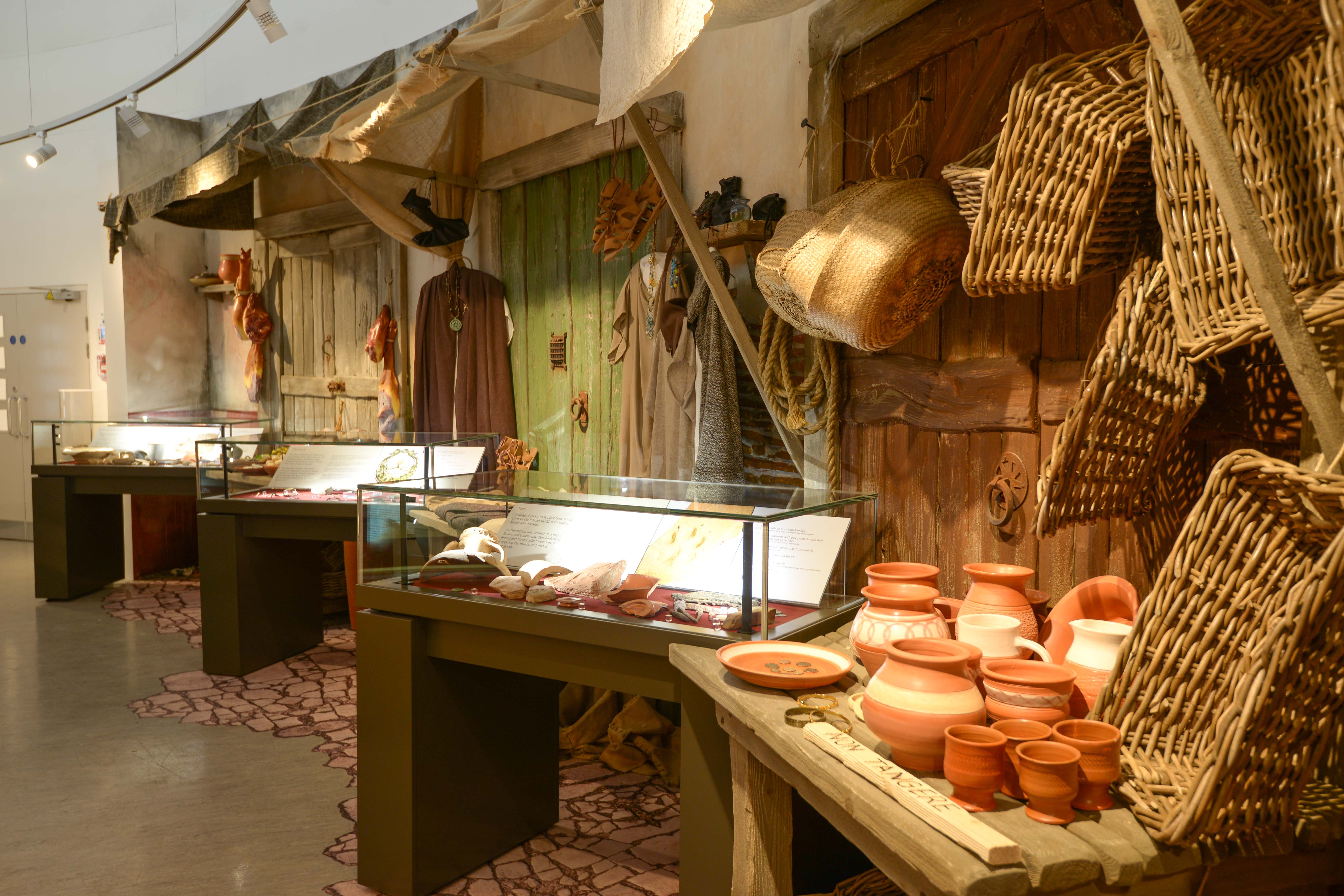 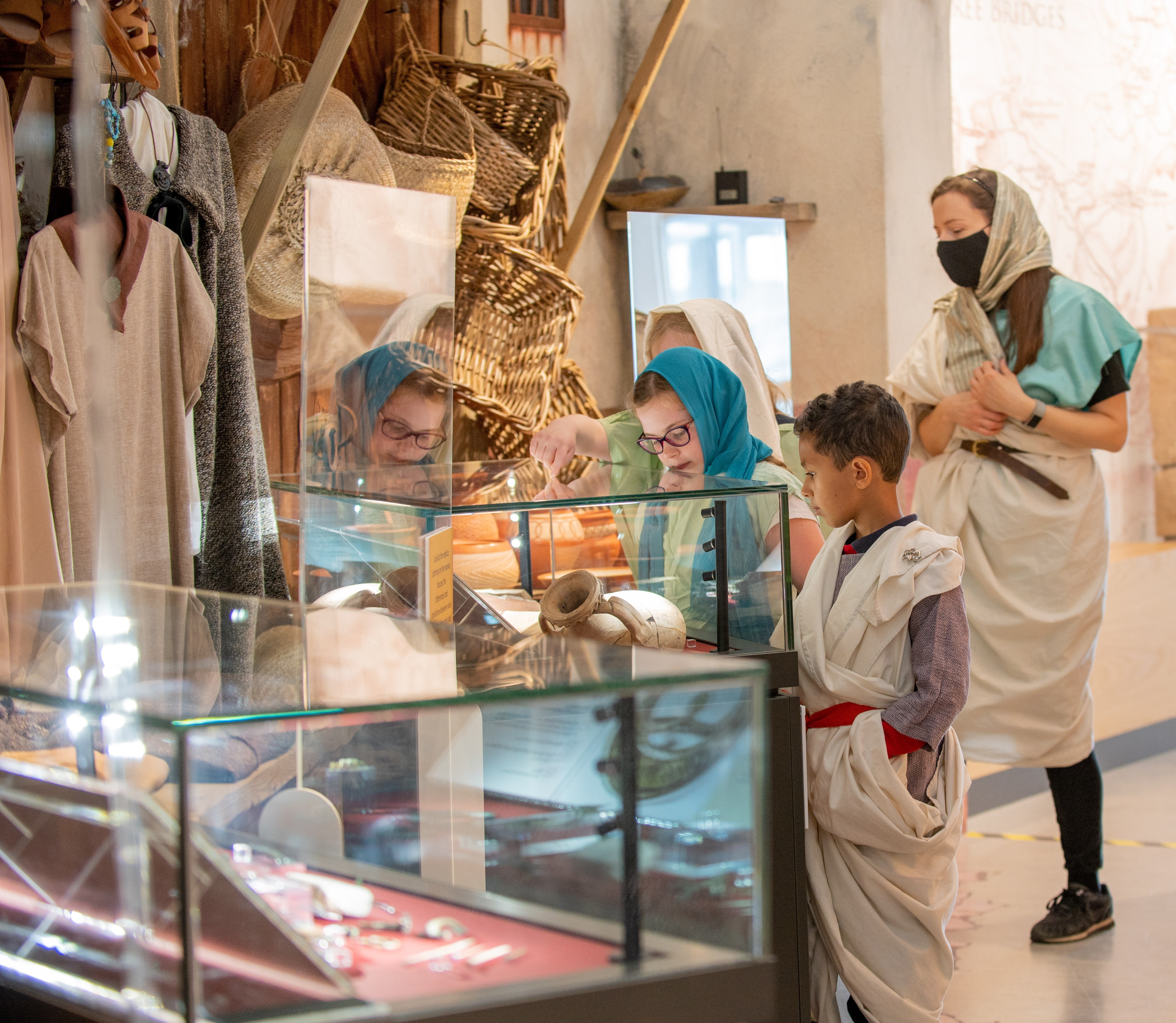 Imagine yourself as an archaeologist handling real artefacts. Discover new information and objects from recent local digs and fieldwork in the Archaeology now section. Or take yourself back in time and dress up in Roman style clothing. 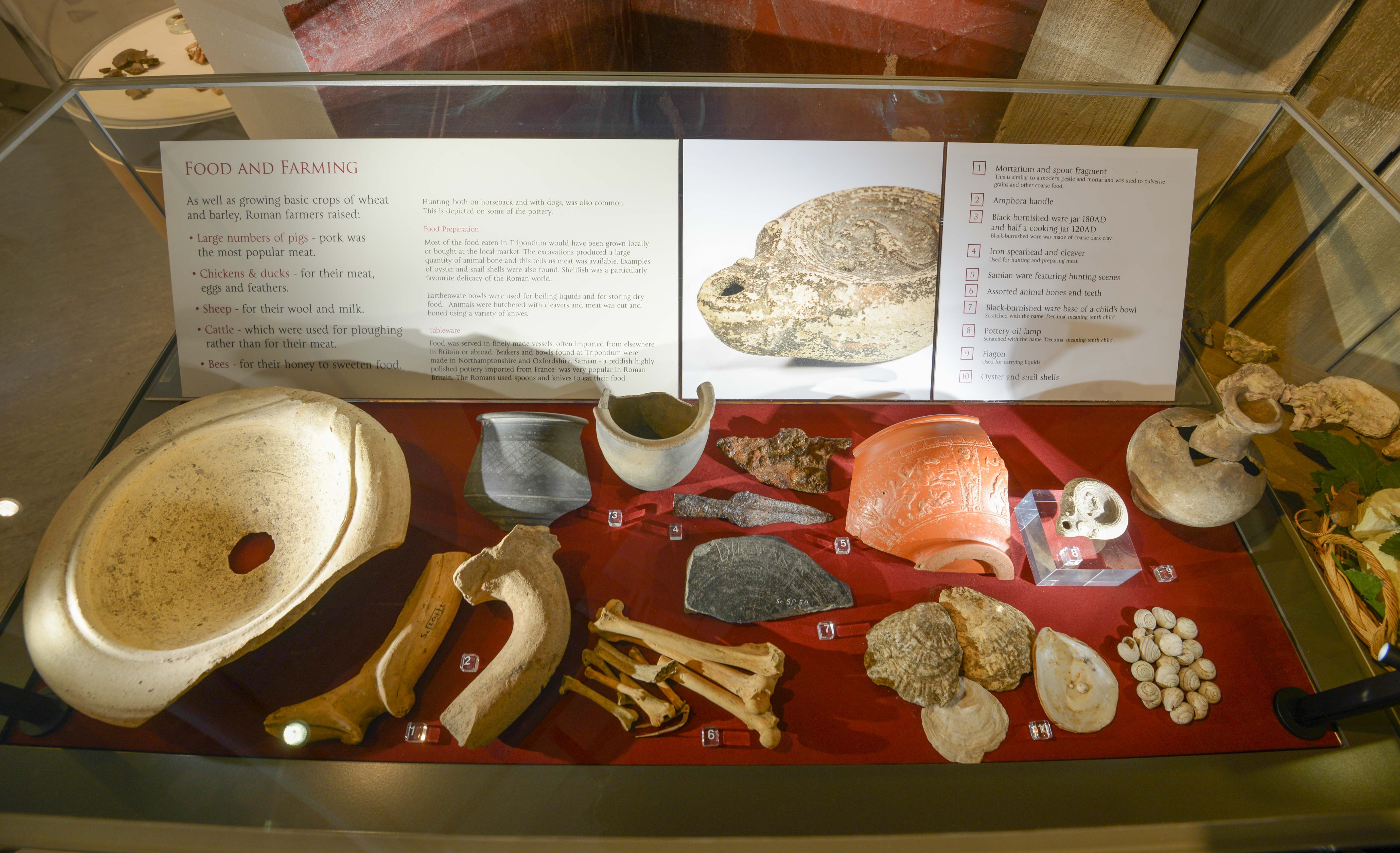 Tailored to support your study of the Roman Empire and the impact it has had on modern Britain. Our experienced  facilitators will use real Roman artefacts to bring Roman Britain to life and explain what they reveal about Roman life and culture. Children will explore the artefacts in the market display by hunting for clues to complete a broken pot. They will then become archaeologists performing a cookie excavation and completing an archaeologist’s log. Using drama strategies, children will dress up in Roman style clothing and become immersed into Roman life playing roles in a bustling market scene. 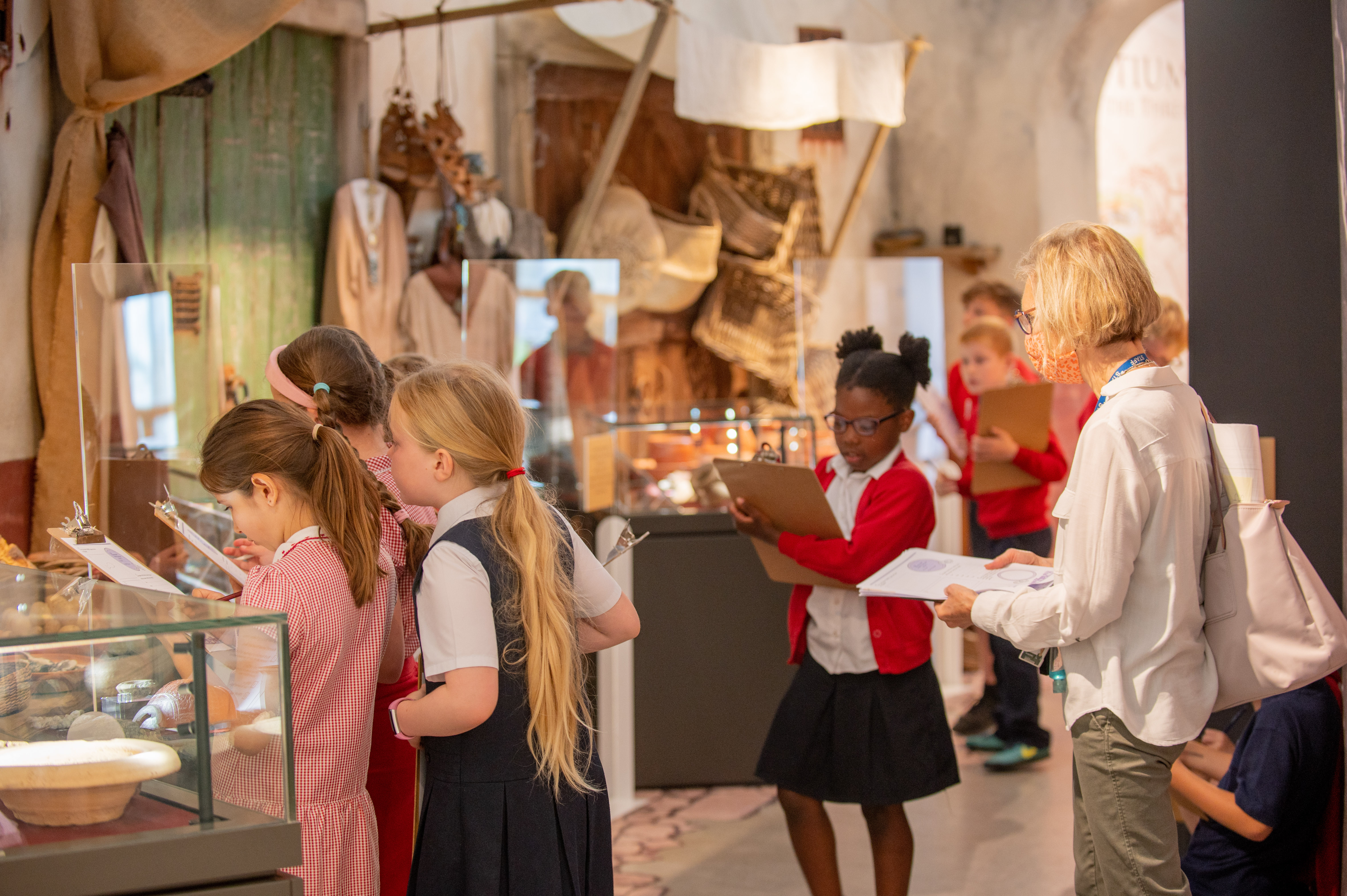 Since 2008 Rugby Art Gallery and Museum has also been a repository for collections and archives resulting from excavations and fieldwork taking place within the town of Rugby and the immediate surrounding parishes. Find out more.